The past week I've mainly been working on the parallel (multi-core) code ensuring its all stable, tracking down any race conditions and seeing how it all performs with lots of battles going on.

Below is some screenshots for the stress test I did to help me decide what to set the maximum number of ships per game to.

The galaxy I generated had 100 star systems, 200 planets and at each planet there is a 36 vs 36 ship battle taking place at exactly the same time. So in total there are 14,400 ships being simulated in full detail. The chances of there being so many battles taking place at once in a typical game will be very small. The much larger "total objects" stat in the screenshots includes asteroids, wreckage as well as the ships.

Overall I'm fairly pleased with the performance so far as I havnt yet profiled or optimised most of the code. However the galaxy view in the second screenshot still needs work as the stars in the background are not rendered very efficiently.

Screenshots at various stages of the test as more ships get destroyed... 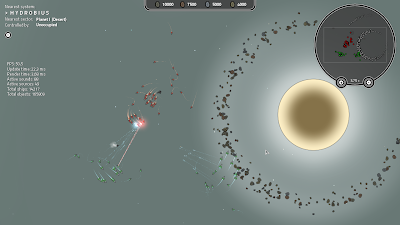 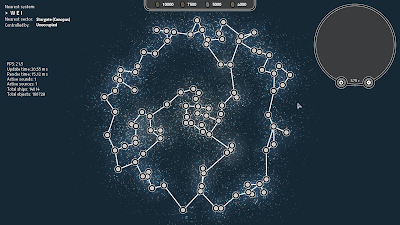 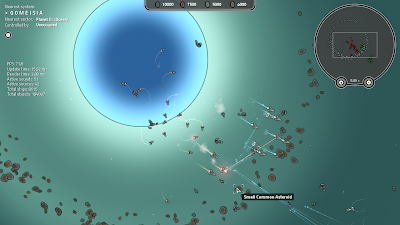 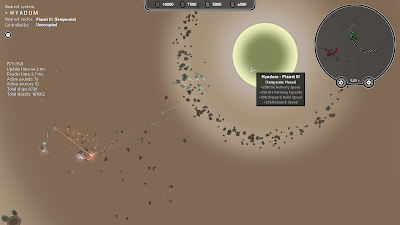 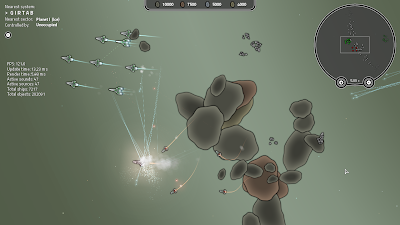 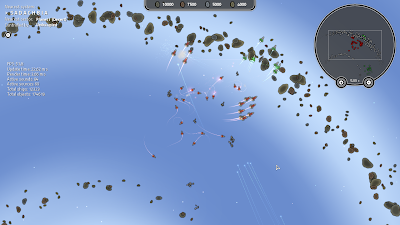 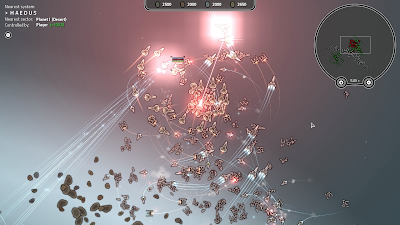 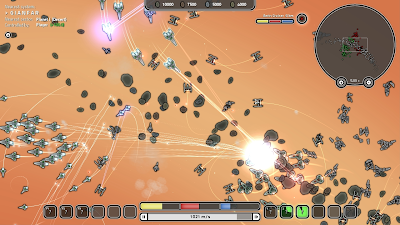 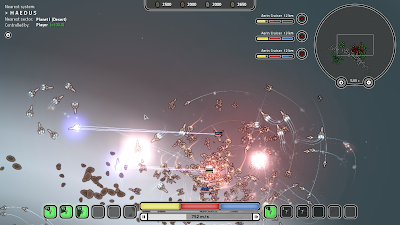 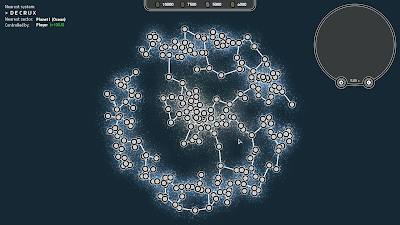 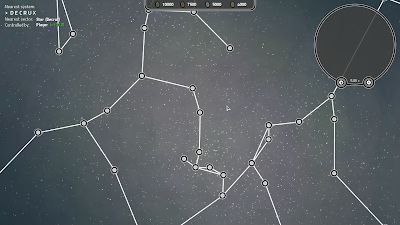 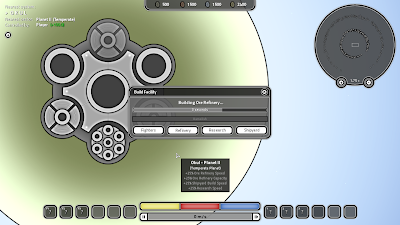 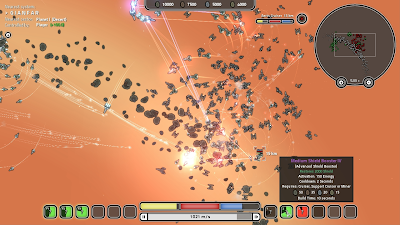 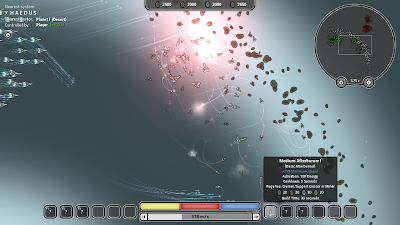 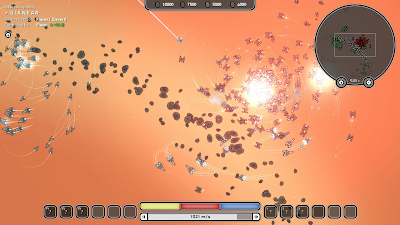 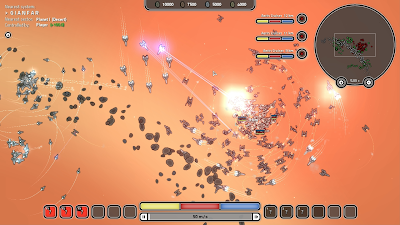